When Google launched the Google Assistant-enabled Pixel Buds last year, one of the highlighted features of the headphone was its ability to translate in real-time using Google Translate. However, until now this feature was exclusive only to Pixel Buds paired with a Google Pixel smartphone.

Google is now opening up the feature to more users and bringing real-time translation capabilities to all Google Assistant-powered headphones, according to a report from Droid-Life.

If you are interested in trying out the feature, all you need to do is say “Hey Google, help me speak (name of the language)” to the Google Assistant on your earphone or device. 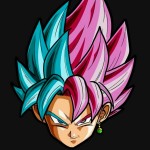 Experienced Gadget expert,Tech journalist, IT support expert, cloud networking professional with a demonstrated history of working in the internet and IT industry, Along with many industrial experiences in applications of mentioned skills in leading companies. Love to troubleshoot gadgets and when i am not doing that i am usually building websites or playing Pc games or Listening songs.

WhatsApp will soon delete all your chat, photos and videos – How to backup
WhatsApp to delete All of Your chat data, Videos and ...